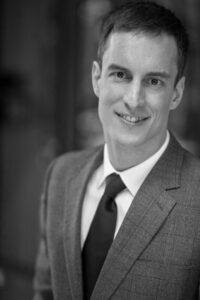 Adam Trexler, Ph.D. is the founder of Valaurum, Inc. In the first years of the Company, he drove innovations in producing the Aurum® and added numerous security features, changed the architecture of the bill, and developed the printing methods used today. Subsequently, he grew the business, doubling sales in each of the last three years.

Valaurum has become a recognized technology leader in minting in that time, with extensive distribution channels throughout North America, Europe and increasingly, Asia. Valaurum has an extensive and differentiated product line, with sales channels in television, national mint distributors, brick and mortar stores, catalogs, and outbound sales channels. Under Dr. Trexler’s leadership, Aurum® grew from a nearly unproducible invention to a new chapter in the history of physical money, with Valaurum producing government issues by five countries and legal tender issues by three.

Organizationally, Dr. Trexler originally structured Valaurum on a lean capital strategy. He successfully and judiciously raised all capital for the start-up, protecting early inventors from excessive dilution while building the technology and market for the Aurum®. Dr. Trexler also led the acquisition of two other early-stage companies to augment Valaurum’s IP portfolio. He built a world-class team of directors and advisors who drove the Company forward, while maintaining a lean staff. Dr. Trexler also sold hundreds of thousands of Aurum® with no investment in direct advertising, leveraging new partnerships to build the brand. Dr. Trexler has now begun to build a larger team, in line with its exponential revenue growth, and the Company projects it will have twenty employees at the end of 2021.

Dr. Trexler is a thought leader and recognized innovator in physical currency. He has been invited to be a keynote speaker and panel moderator at numerous currency, precious metal, printing, and liberty conferences. Dr. Trexler also continues to lead research and development efforts at Valaurum. He is the primary inventor and first patent author of the KeyBill, the most secure form of physical cryptocurrency. He is also an inventor of numerous precious metal bill security features, with a patent issued in 2020 and several more in development.

Before founding Valaurum, Dr. Trexler had dual backgrounds in academic research and venture capital. From 2008-2012, he was a professor and researcher at the University of Exeter and Queen Mary University of London, with numerous refereed publications relating to the history of culture and science, particularly with regard to credit, the gold standard, money and labor. His academic monograph, on the subject of climate change and culture, Anthropocene Fictions, was published by the University of Virginia Press in 2015. Before his academic career, Trexler worked at Corporate Finance, Inc., structuring early stage companies to raise equity capital. 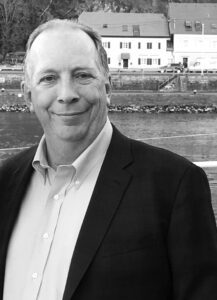 Lee Minshull started in 1973 trading silver coins. In 1975 he started a successful coin mail-order business, and in 1978 went to work for Heritage Auctions to run the company’s wholesale division. After eleven years, he moved to California to start his own business. In 1992 he founded Lee Minshull R.C. Inc., which is now Minshull Trading. Mr. Minshull has been a 30+ year contributor to the Red Book (the most recognized published guide to United States coins) and has materially contributed to over a dozen major numismatic books. He was recognized by the American Numismatic Association in 2014 as its Dealer of the Year. He currently manages some of the largest coin relationships in the United States and frequently visits salesrooms across the country to speak about the gold and coin markets.

Mr. Minshull joined Valaurum’s Board of Directors in 2016. He is directly involved in the strategic marketing of Valaurum’s products and is a lead investor in the company. 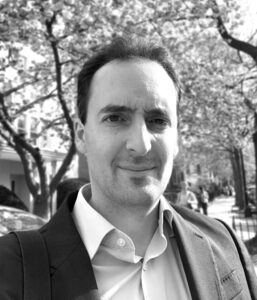 Balazs Csaki is a Partner and Chief Operating Officer of Minshull Trading, one of the largest wholesalers of gold and silver products in the United States. Mr. Csaki graduated from UCLA with a Bachelor’s Degree in Business Economics in 2002, a Minor in Accounting, and Specialization in Computer Programming. Mr. Csaki started work at Minshull Trading in 2002 in the company’s accounting department, and became a partner and executive officer in 2013. Today he has an integral role in the company’s operations with wholesale trading and marketing, as well as running the company’s day-to-day and big picture operations.

Mr. Csaki brings operational expertise in precious metals trading, product development for the U.S. and international markets, and strategic insight into the wider precious metals and cryptocurrency markets to Valaurum. Mr. Csaki is well respected in the numismatic field and has long standing relationships with major gold bullion institutions and world mints. 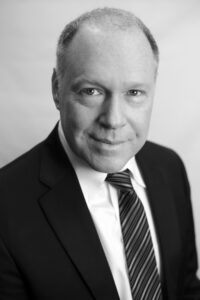 Peter Illig brings to Valaurum his expertise in international legal compliance, governance and management. Mr. Illig currently serves as CEO and General Counsel for NCCAP, the national credentialing body for the social model of care in the US long-term care sector.

Before this, Mr. Illig provided legal and regulatory advice on projects of the World Bank, Asian Development Bank, US Department of Commerce, US Agency for International Development, and global consulting and engineering firm Ecology and Environment, Inc.

Mr. Illig earned an LLM in International Law from the Notre Dame London Law Program, a JD from the State University of New York at Buffalo School of Law, and a BA from St. Hyacinth College-Seminary. He is admitted to the NY Bar, serves as US Representative for ARTDO International and is a mentor with the National Eagle Scout Association.

John Mitnick rejoined the Valaurum Board of Directors in October 2019, having previously served from March 2016 to February 2018. In the interim, he served as the General Counsel of the U.S. Department of Homeland Security (DHS), in which role he was DHS’s chief legal officer and had the privilege of supervising the Department’s more than 2,500 dedicated attorneys. Mr. Mitnick was nominated for that position by the President and was confirmed unanimously by the United States Senate.

Mr. Mitnick’s most recent tenure at DHS was a continuation of his homeland security public service. Beginning in November 2002, he assisted in establishing DHS and then served as Associate General Counsel for Science and Technology until August 2004, when he moved to the White House. He served in the White House Counsel’s Office as Deputy Counsel of the Homeland Security Council from August 2004 until April 2005, and then as Associate Counsel to the President, with responsibility for the entire homeland security portfolio, until October 2007.

Mr. Mitnick has also had a distinguished career in the private sector. He began his legal career at what is now Kilpatrick Townsend & Stockton LLP, where he was a partner specializing in mergers and acquisitions, strategic alliances, commercial contracts, technology and software development and licensing, and business start-ups. He has also served as Vice President, General Counsel, and Secretary of a $3 billion division of Raytheon Company (2007 to 2013), and as Senior Vice President, General Counsel, and Secretary at The Heritage Foundation in Washington, D.C. (2014 to 2018). 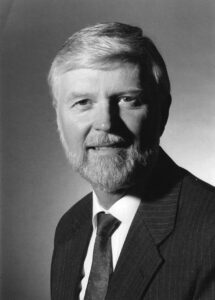 Hank Philcox served from 1990-1995 on the Executive Committee at the Internal Revenue Service, and from 1995-2000 on the executive committee at DynCorp, a billion dollar defense contractor. His public service experience includes a variety of senior executive positions where he eventually managed over 8,000 professional staff, appeared in numerous hearings before congressional committees and worked closely with the US Treasury Department, OMB, and members of the US Congress. In his experience in the private sector, he was involved in strategic decision making that ultimately resulted in the successful sale of DynCorp to Computer Sciences, Corporation, a sale that generated significant increases in stock value for all shareholders

Mr. Philcox earned a BS degree from the College of Business Administration at the University of Nevada, Reno in 1963, and later attended Dartmouth and Harvard Universities. He also attended and/or taught numerous government courses in tax law, and executive level management training.

Mr. James Wishart has been on the Board of Directors of Valaurum Inc. since 2015. Mr. Wishart, a CPA, with prior experience as CFO, auditor, and fraud examiner, also serves as Chairman of the Company’s Compensation Committee. 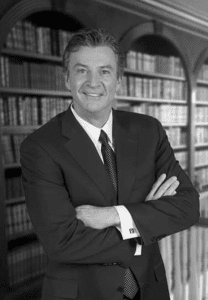 Adam Crum is a successful entrepreneur starting his business career at the young age of 19. He founded his rare coin company at 22 and has grown it into an internationally recognized leader in high-end rare coins and other historical collectibles. Today the company is known as Finest Known, LLC. He is widely known and respected in the numismatic industry with over 35 years of experience as one of the top rare coin experts and traders in the nation.

As a world-class numismatic, seasoned auction buyer and seller, he has facilitated over $1.0 billion in rare coin transactions. Mr. Crum has handled many of the finest numismatic rarities known, including dozens of the most valuable coins in the world worth millions of dollars each. Mr. Crum is considered a foremost expert on pre-1933 U.S. Gold, Shipwreck Treasure, and coins of the ancient world. In 2001 he was involved in the acquisition of the SS Central America gold treasure and subsequent marketing of one of the largest transactions in the industries history totaling more than $200 million dollars.

He has served as an advisor and financial contributor to the Smithsonian’s National Museum of American History, as well as the American Numismatic Association. Mr. Crum has been a contributor to the “The Official Guide Book of U.S. Coins” for over 2 decades and is a best-selling author of many award-winning numismatic books. He has contributed to countless other books by noted numismatic scholars by either providing extensive study to the author or written forwards. In 2021, Mr. Crum was named “The Most Influential People in Numismatics- 1960-2020”. Today he is expanding his businesses with a highly efficient staff, state of the art and cutting-edge IT, marketing, financial services,  and online educational tools.

David Bryant is a globally recognized leader in the field of vacuum deposition, sputtering, and thin film manufacturing. Since 2017, he has been the Chairman of Emerson and Renwick, Ltd., a privately-owned equipment company, with leading technology in the printing, vacuum, coating, wallpaper, and automotive industries. Emerson and Renwick is widely recognized as a manufacturer of the highest precision, custom-engineered roll-to-roll production machinery. From 2001 to 2017, Mr. Bryant was the President and Owner of Vacuum Depositing, Inc., which specializes in cutting-edge, roll-to-roll vacuum coating solutions spanning sputter, evaporative, and e-beam technologies, with scores of applications brought to market.

Mr. Bryant deepens Valaurum’s expertise in core manufacturing processes necessary to the creation of Aurum®, as well as other technologies under development.

From design to verifcation

About the Company
LEARN MORE

Physical ownership of gold has never been easier! Unlike gold shares, owning Aurum® puts 24k gold directly into your hands and into your portfolio.

All Aurum® feature built in security measures to ensure that each note is easy to verify and authenticate.

Aurum® are available in small, flexible denominations as low as $3 making it possible to tailor your investment with precise quantities of gold.