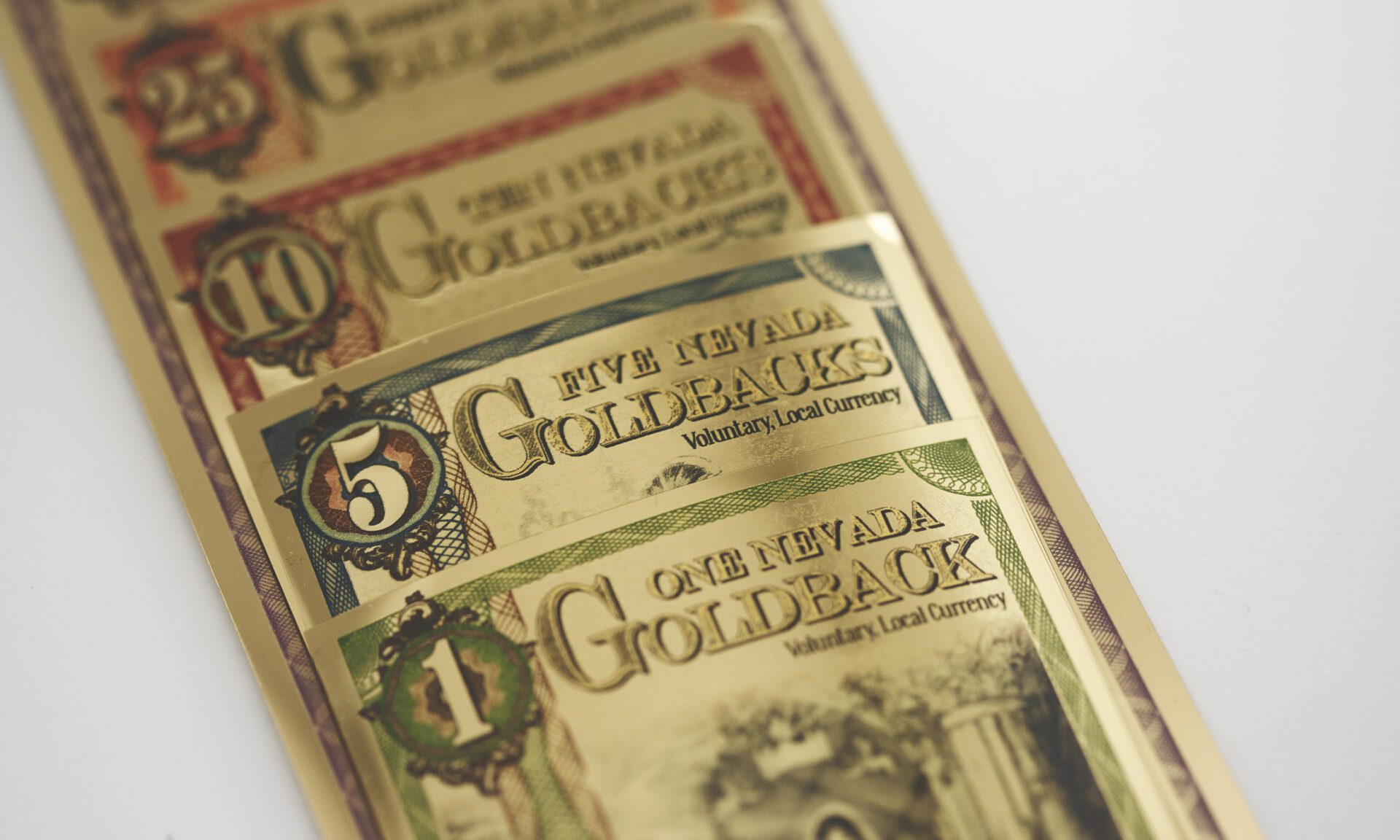 The Goldback program has been wildly successful since its inception in 2019. We were able to produce more than double the stock of the previous Nevada and Utah state series in preparation for the New Hampshire launch this month. We expect this popular program to continue to sell out as demand for these notes continues to rise.

Shop this issue at APMEX, Finest Known, or JM Bullion. 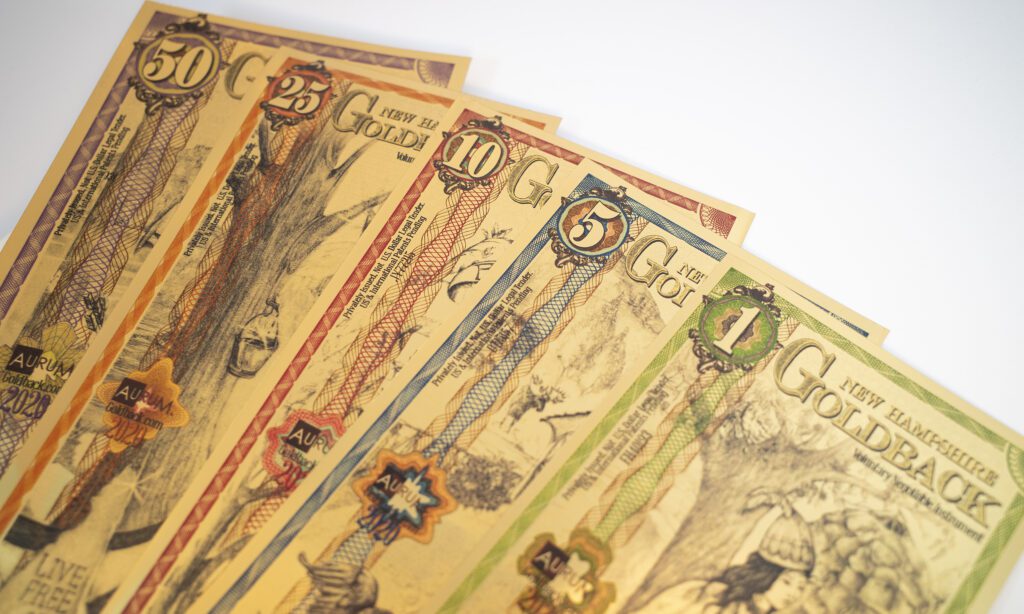 Goldbacks are available in 1, 5, 10, 25 and 50 Aurum denominations, making this the most flexible way to invest in gold today. Each of the five denominations in this release has unique artwork that relates back to larger themes present across the broader Goldback Aurum program. 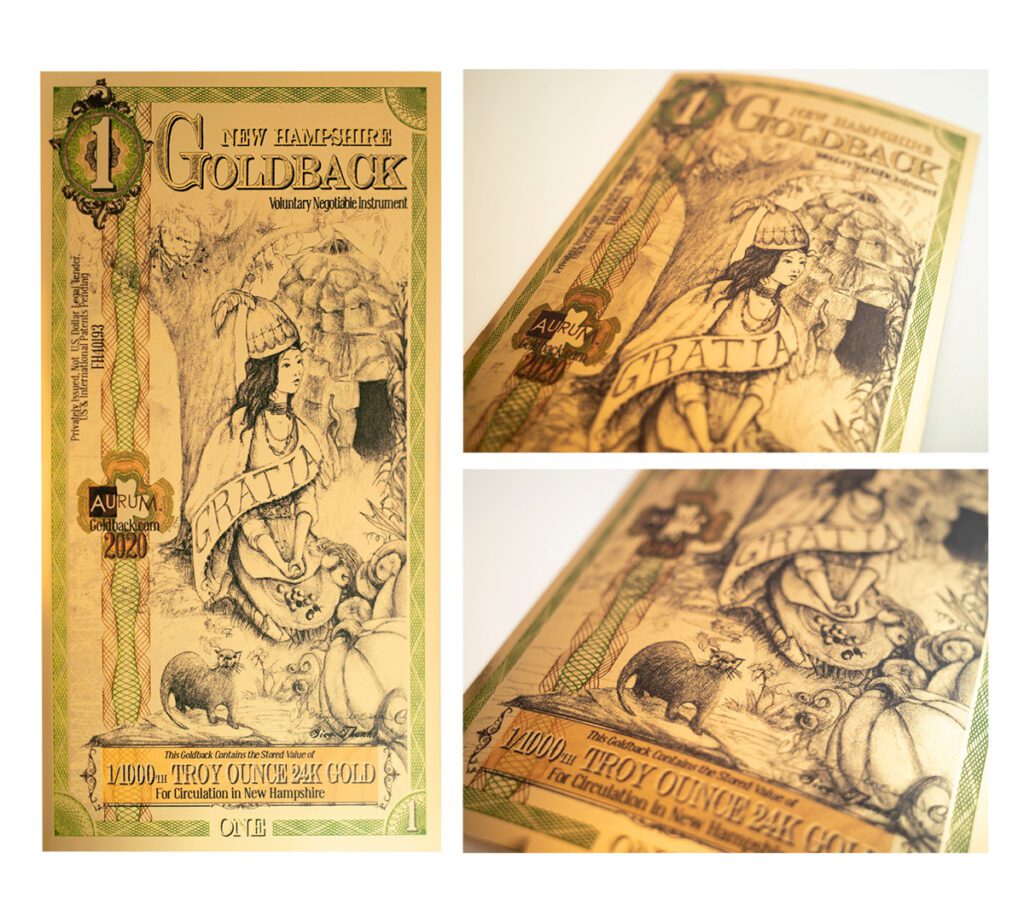 The One New Hampshire Goldback Aurum shows Gratia, a female personification of one of the Charities in Greek mythology. In this design, the figure of Gratia is captured as an indigenous woman representing the native tribes of the New England region. A traditional tribal home is featured in the background, with Gratia seated near a pumpkin wearing traditional clothing. 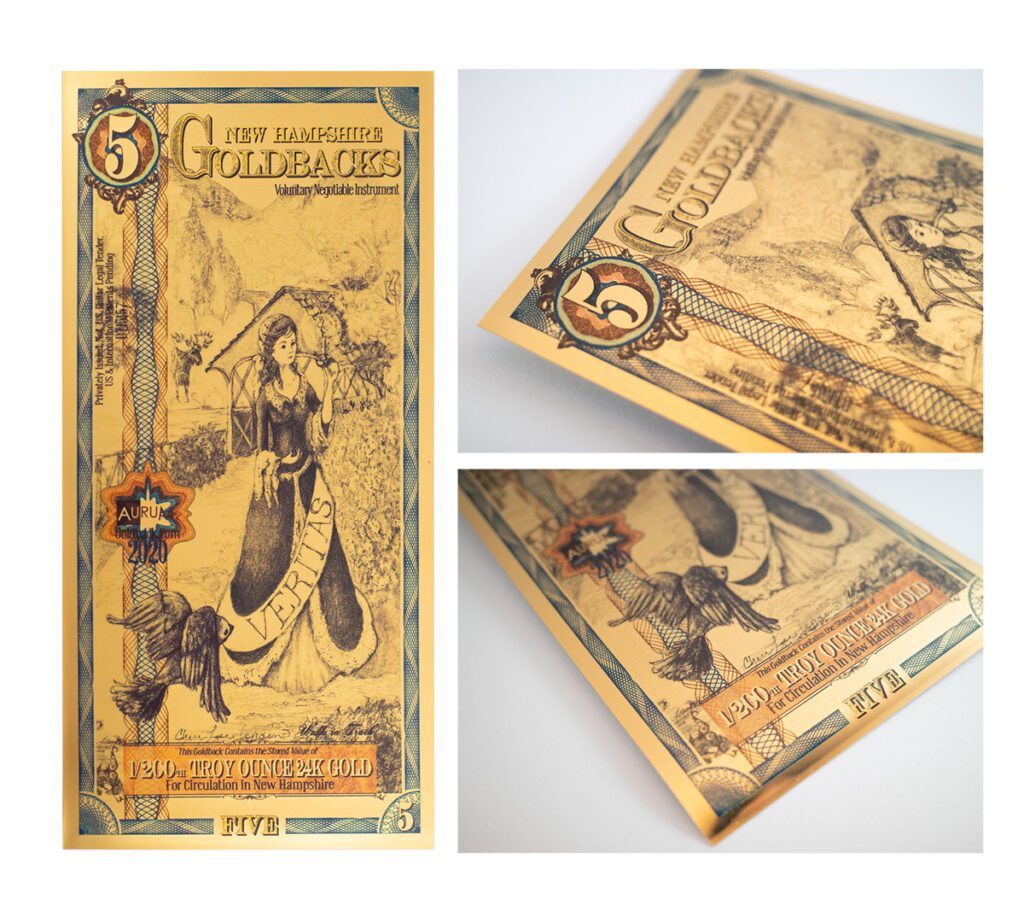 The Five New Hampshire Goldback Aurum depicts Veritas, the Roman mythological goddess of truth. Veritas is the daughter of Saturn, the Roman god of generation, dissolution, plenty, wealth, agriculture, and liberation. In this design, Veritas is depicted in elaborate historical dress near a covered bridge. In the distance you can see the rolling hills of New Hampshire and a majestic moose. 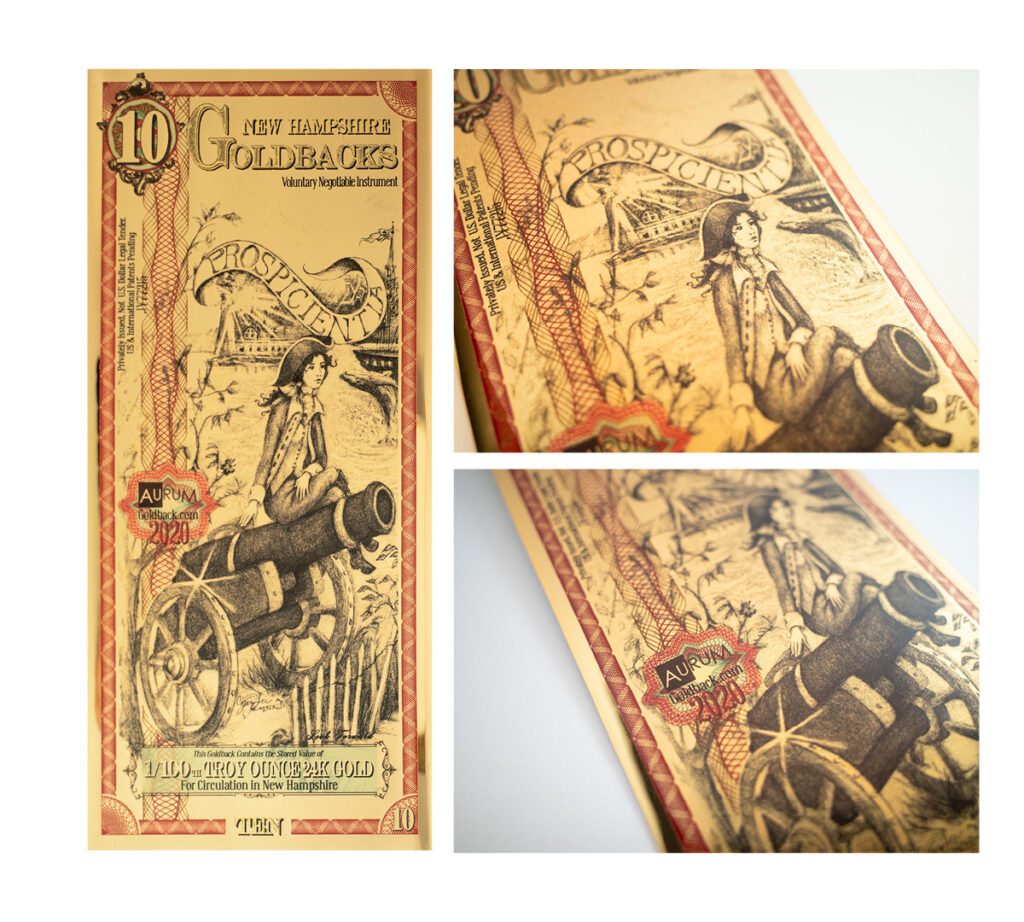 The Ten New Hampshire Goldback Aurum features Prospicientia, translated from the Latin “Providentia.” Based in Roman mythology and religion, Providentia is rooted in the concept of divine providence. In this design, Prospicientia shown sitting seated with legs crossed on the barrel of a cannon. A whale leaps from the water in the distant harbor. 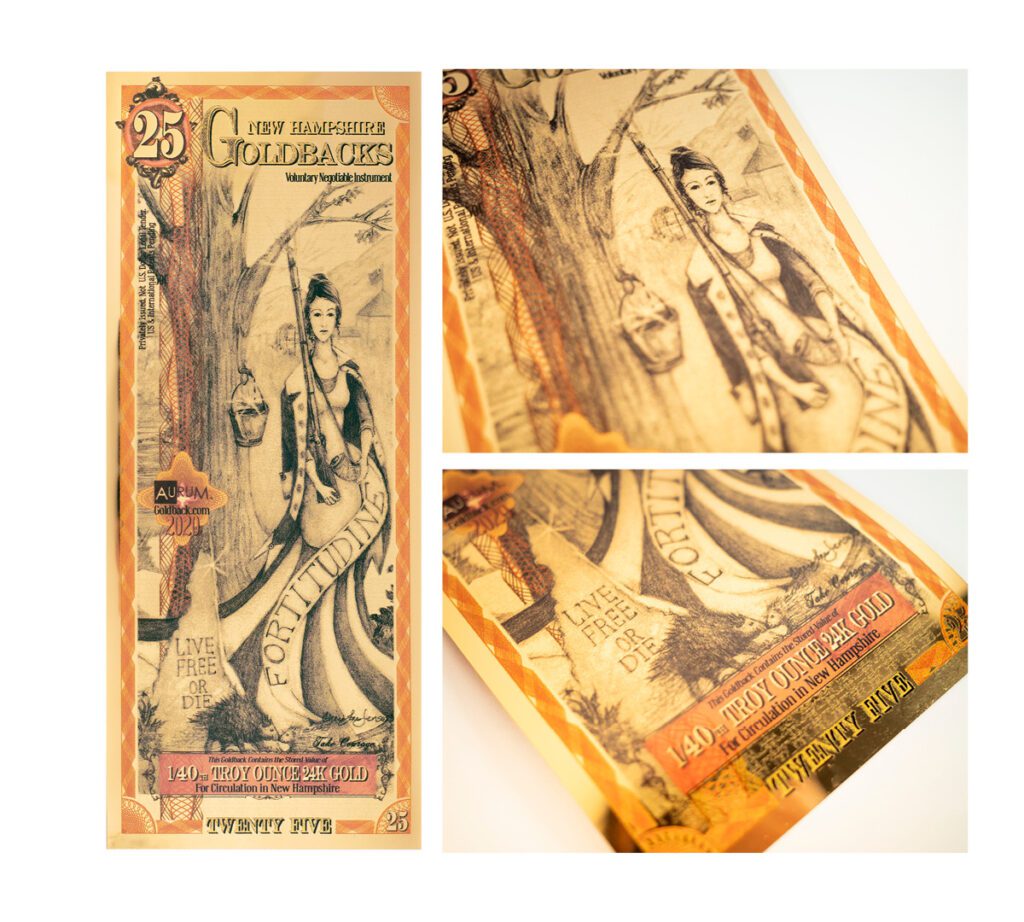 The Twenty Five New Hampshire Goldback Gold Note Aurum depicts Fortitudine, the female personification of Fortitude. The allegorical vision of courage come to life, Fortitudine is shown draped in the stripes of the American flag while wearing a Revolutionary War soldier coat. She stands at the ready with her musket to represent strength and a revolutionary spirit.

The Fifty New Hampshire Goldback Aurum features an image of Libertas as a young woman. She walks with arrows in her right hand, a symbol of readiness for the fight, while her left hand holds a flag high overhead. The flag depicts a lone pine tree at its center and the phrase “An Appeal to God.”

Valaurum looks forward to future additions to this popular program in 2021. Shop Nevada, Utah and New Hampshire Goldbacks at APMEX, Finest Known, or JM Bullion and our other retail partners.