The Future of Precious Metal Investment

Our mission is to revolutionize the way investors add gold to their portfolios. Our products modernize precious metal ownership by providing a versatile, beautiful, and verifiable standard for gold.

Valaurum, Inc. was founded by Dr. Adam Trexler in 2012 with the core mission to democratize gold ownership by making it available with universally accessible denominations and trusted security features. Valaurum has pioneered numerous proprietary technologies to create the Aurum®, the smallest unit of verifiable gold on the world market today. In recent years the Aurum® transitioned from a nearly unproducible invention to a viable product that heralds a new chapter in physical currency.

Aurum® gold notes feature numerous modern security features and innovative printing methods that allow for full color, highly detailed artwork to be printed on both sides of each note. This combination of high quality artwork and exclusive technology makes the Aurum® an important investment tool for any portfolio. Valaurum, Inc. has a world-wide exclusive license for this innovative proprietary technology, which is protected by US and international patents.

Valaurum’s market share has experienced unprecedented growth, more than doubling in each of the last three years. Today, Valaurum has extensive product offerings available through diverse sales channels including television, national mint distributors, brick and mortar stores, and catalogs. Valaurum products are also available throughout North America, Europe and increasingly, Asia. Within the precious metals industry, Valaurum has become a recognized leader in minting. Valaurum has produced government issues in partnership with five countries and is rapidly expanding legal tender programs to other countries.

Valaurum is supported by a world-class team of directors and advisors who are invested in the growth and expansion of the business. Members of our team include a former Director of the U.S. Mint, presidents of relevant manufacturing associations, patent holders in security printing, worldwide bullion wholesalers, and former senior officials from the IMF, the U.S. Department of Homeland Security, and the U.S. Department of the Treasury. 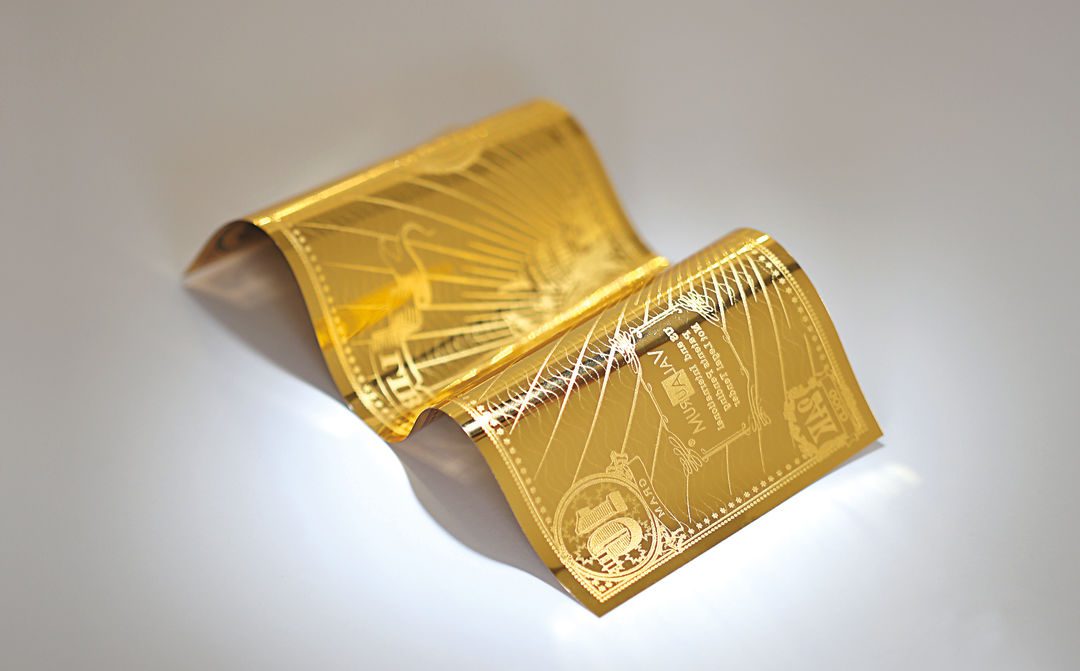 Valaurum actively invests in research and development, and has an extensive patent pipeline. Valaurum, Inc. has the world-wide exclusive license for this innovative proprietary technology, which is protected by US and international patents. The Aurum® features industry-leading security features and the denominations needed for everyday transactions. Numerous trade secrets are also needed to produce gold “bills” at an affordable cost.

From design to verifcation

Physical ownership of gold has never been easier! Unlike gold shares, owning Aurum® puts 24k gold directly into your hands and into your portfolio.

All Aurum® feature built in security measures to ensure that each note is easy to verify and authenticate.

Aurum® are available in small, flexible denominations as low as $3 making it possible to tailor your investment with precise quantities of gold.