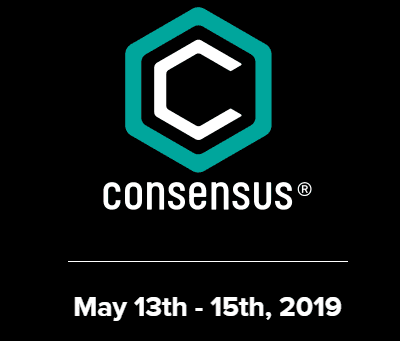 The April Board of Advisors meeting will be held during that time, where Former U.S. Mint Director Edmond C. Moy will give a presentation alongside Adam Trexler, PhD, the President of Valaurum.

CoinDesk is the world’s leading blockchain news company, and the organizer of the Consensus blockchain technology summit, May 13-15, 2019, at the New York Hilton Midtown, Sheraton New York Times Square and Ziegfeld Ballroom. Professionals from leading industry startups, investment ﬁrms, financial services giants, global brands, academic institutions and policy groups will return to New York to discuss the evolving real-world applications of blockchain technology. Consensus will feature three days of demos, networking and expert discussions regarding the most important commercial developments, technical innovations, and public policy issues. It will feature 250+ speakers, 200+ sponsors and 10,000 attendees who are building the foundations of the blockchain and digital currency ecosystem.

Board of Advisors Luncheon: Presentation by Ed Moy, 38th Director of the United States Mint

At the Board of Advisors Luncheon, Ed Moy and Adam Trexler will speak to the future of cryptocurrency and blockchain adoption by the wider public.

Ed Moy was the 38th Director of the United States Mint, a position he held for a 5-year term. He was recommended by Treasury Secretary Snow, chosen by President Bush, and unanimously confirmed by the United States Senate. As the first Asian American Director, he served both Secretaries Paulson and Geithner. His term included the financial crisis and recession, unprecedented demand for gold and silver bullion, the end of the 50 State Quarter program, the start of the Presidential $1 Coin, and the National Parks Quarter program. Notable for coin collectors was the minting of the modern Saint Gaudens double eagle coin. Notable for taxpayers was adding over $1 billion of surplus to the Treasury General Fund.