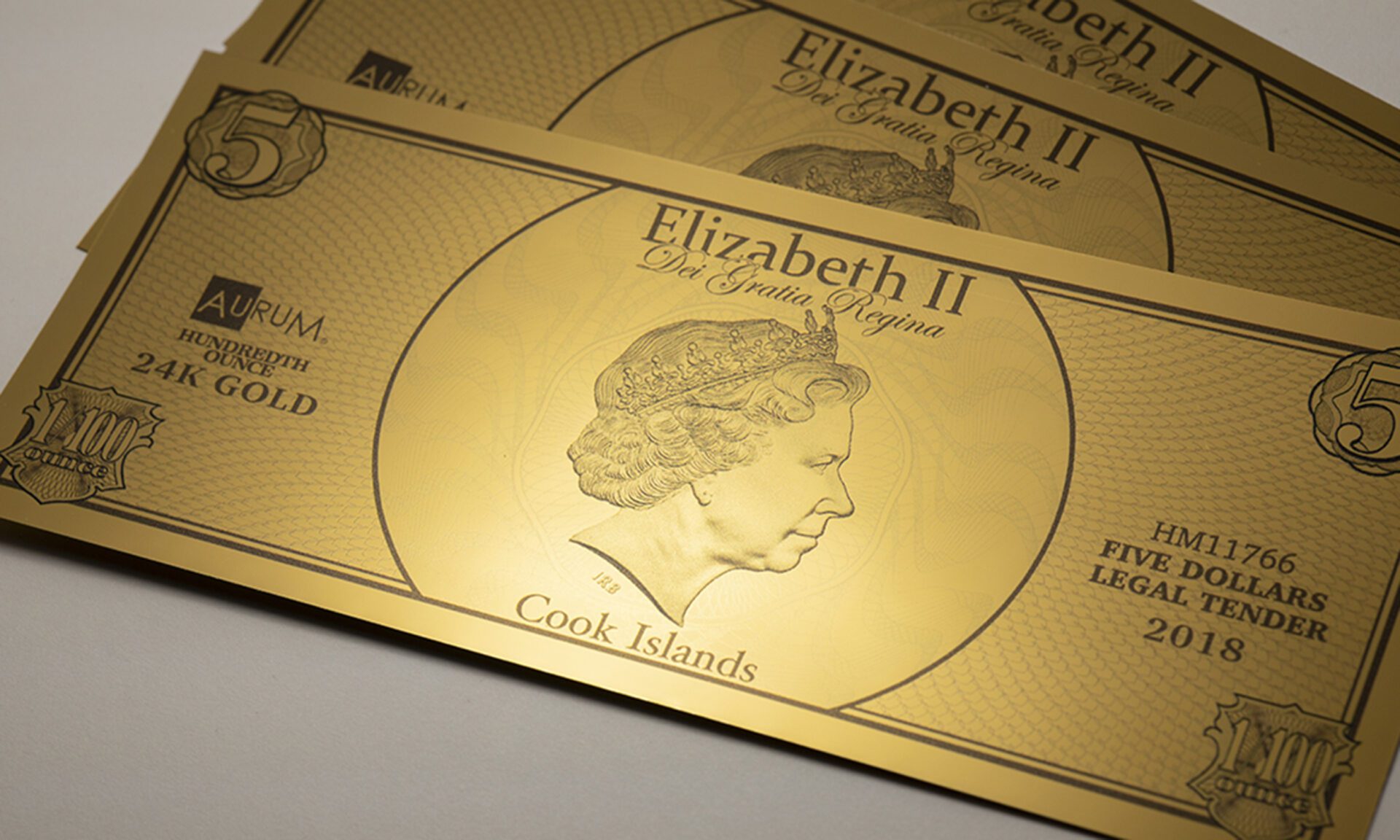 Valaurum hereby announces its first legal tender currency, a $5, 1/100 ounce gold “note” issued by the Cook Islands. The Five Dollar Gold Note commemorates the marriage of Prince Harry and Meghan Markle on 19 May 2018. It is the first legal tender issue by a sovereign nation using Aurum® precious metal technology, and is a major milestone in Valaurum’s development. The Five Dollar Gold Note was issued by the Bank of the Cook Islands, the nation’s central bank. H. M. Queen Elizabeth II is the monarch of the Cook Islands, which is a self-governing constitutional monarchy in free association with the State of New Zealand. Containing gold, the Aurum® is technically a coin under Cook Islands statutes.

The face of the note features H. M. Queen Elizabeth II, in the effigy by Ian Rank-Broadley.  Beneath the effigy are the artist’s initials.This effigy is used by all UK and Commonwealth coinage issued by the Royal Mint from 1998 to 2015, and continues to be used by the Cook Islands. Above the effigy are the words “Elizabeth II” and “Dei Gratia Regina”, which is a Latin title meaning, “By the Grace of God, Queen”. The face of the note also bears the $5 mark, the words “Five Dollars Legal Tender, Aurum®, a serial number, and “1/100 ounce”, the weight of gold contained in the bill. High security guilloche effects and a crystallized scale effect protect against counterfeiting.

On the reverse of the bill, Prince Harry and Meghan Markle stand in front of Windsor Castle. A legend commemorates the specific time and place of the wedding ceremony, “St. George’s Chapel, Windsor Castle, Saturday, 19th May, 2018 at 12 Noon”. Valaurum expects this issue, limited to 5000 pieces, to become a valuable collector’s note. Be on the lookout for a limited offering!