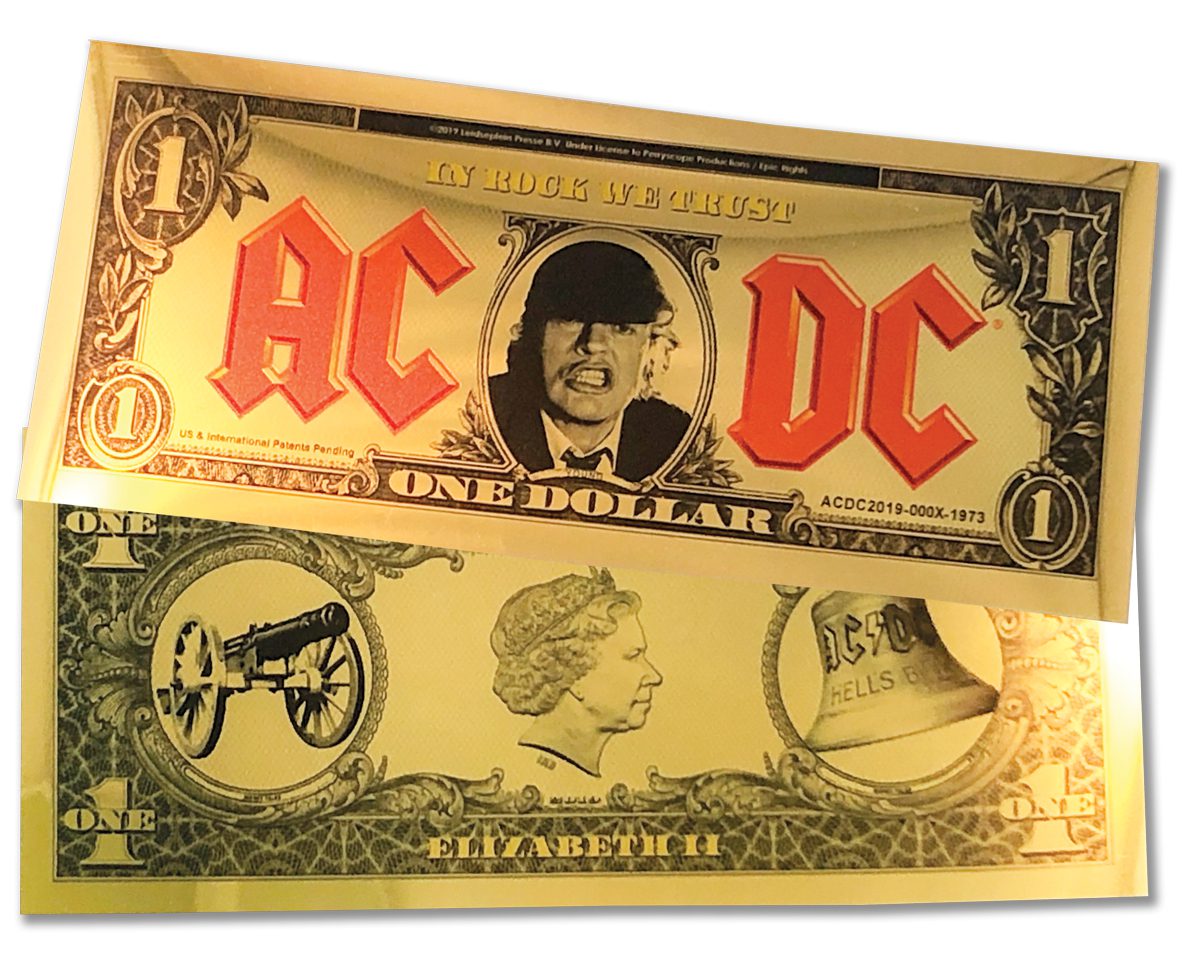 Introducing Valaurum’s new commemorative release: AC/DC Angus Buck Cook Islands Aurum®! Valaurum recently created this special release to pay tribute to Angus and his band. The slogan “In Rock We Trust” embodies what AC/DC has stood for over the past 45 years. This special release note measures 156×67 mm and is minted from 1/10 gram of fine gold with a prooflike finish.

AC/DC has sold nearly 71 million albums in the U.S. alone, making AC/DC one of the five top-selling bands in American music history. They have sold more than 200 million worldwide. One of the group’s best-loved works, Back In Black, has achieved RIAA ‘Double Diamond’ status, for sales in excess of 22 million copies in the United States, and is America’s fifth largest-selling album ever.